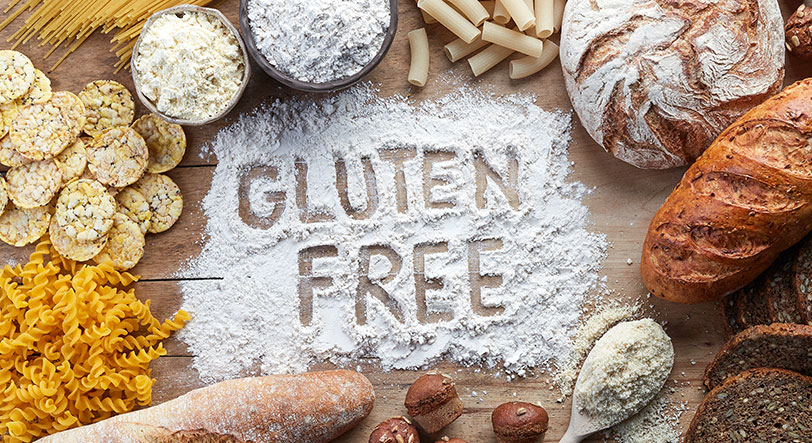 From Kourtney Kardashian to an average every day mother, the trend in going Gluten Free has become a phenomenal craze in our everyday lives. A gluten-free diet is a diet that excludes the protein gluten. It is primarily used to treat celiac disease where Gluten causes inflammation in the small intestines of people with this disease.

Today we look at the common facts about gluten and how it can affect your health and steer you in the right direction of making the sensible choice of stepping in this route.

A gluten intolerance is the body’s inability to digest or break down the gluten protein found in wheat and certain other grains. Gluten intolerance can range from a mild sensitivity to gluten to full-blown celiac disease.

Common foods that regularly contain ingredients with gluten include:

The tricky thing about gluten is that it’s not just found in grains, but many processed foods, sauces, and condiments. This can make it difficult to avoid if you’re not sure where to look for it. Here are a few other foods gluten hides in:

Who should avoid Gluten?

Of course, anyone who’s been medically diagnosed with celiac disease should follow a gluten-free diet to avoid gluten. But what if you don’t have celiac disease? Should you still go gluten-free?

With the growing number of suspected gluten sensitivities, anyone who has gluten in their diet and experiences symptoms such as digestive discomfort, bowel irregularity, skin problems, brain fog, bloating, or fatigue, may benefit from a gluten-free diet, even if they don’t have a true gluten allergy.

Eating at restaurants can be particularly challenging if you have a gluten intolerance, but this doesn’t mean you can’t ever dine out. You should be able to dodge the gluten bullet if you stick with the same types of items you eat at home, such as grilled meats and steamed vegetables.

Foods to avoid in restaurants include fried foods, certain sauces, or anything that has been fried in the same pan with a gluten-containing food.

Although many packaged and pre-prepared foods have a gluten-free label, keep in mind that gluten-free doesn’t always mean “healthy.” Most processed foods still contain high amounts of refined sugar, food additives, and preservatives.

Herman, providing you with so much more.